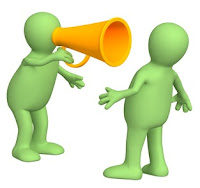 Lawmakers who signed an impeachment complaint against Philippine Supreme Court Chief Justice Renato Corona reportedly admitted to doing so without being fully informed about the content of the complaint. According to one of them, they were not allowed to read the document articulating the complaint...

Bayan Muna Representative Teodoro Casiño said the majority of the 188 members who signed the impeachment case were clueless of the eight articles used as the basis to kick out Corona when they entered the majority caucus at 2:30 pm Monday.

Casiño admitted that they were not allowed to read the 57-page document, which they signed on as both complainant and endorser.

The speed at which the complaint was signed up to by the House of Representatives is unprecedented. Many observed that the process with which this was done was "rushed".

Earlier, it was reported that a "furious" Philippine President Benigno "Noynoy" Aquino III pushed for a "fast" impeachment against Corona. This was after Deputy Presidential Spokesperson Abigail Valte went on record to say that Malacañang was "not privy" to what at the time were plans to launch the impeachment bid.
benign0 at 8:30 PM
Share